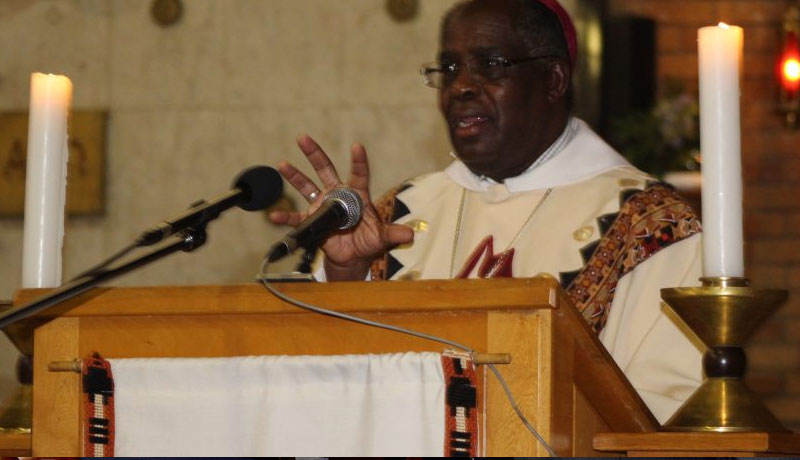 For over three hundred years no one could tell that South Africa would become and what would be outcome of their plans and strategies. But the question remains, “Did they leave room for God? Did they plan their direction with some reservation in knowing that God is there in the midst and in between and that he had the last word in the strategies and their planning?” I believe that during this session, having worked for number of years projecting the Pastoral Plan for the Church in South Africa, we approach everything we do in faith and allow God to play in between and to stand in the midst of this activity.

Let us learn from the excerpt taken from the Book of Samuel. It is a religious-political history expressed by a number of voices but orchestrated by the author of the Book of Samuel. There is tension in the story. It begins with Saul’s arming himself with thousands of soldiers to hunt down David small group of men, to secure succession in his household. There is a crescendo in the story leading to a complicated point when Saul is alone and exposed to David and his men in the recesses of the cave. It is a bit complicated in that David’s men counsel him to kill Saul by quoting an expression that God has now handed Saul over to David’s hand. It is amazing how God, who is known to be present in appealed to for the assassination of Saul. God has not commanded David to kill Saul. This is the problem when religion and politics become a miscella for people are spurred to kill in the name of God, and quotations of Scripture or Coran come flying to justify murder.

The presence of God, through David’s faith, breaks in through the conversation and David’s greeting of Saul who calls “My Father”. He endears Saul, and does not say only this, but also that he is the anointed one of the Lord. How can he dare hurt and even kill the anointed one of the LORD. The author does not say that God was present, but David’s wants God presence to be acknowledged. It is almost the same case as in the story in the cycle of Joseph who was sold in Egypt. The question is where was God when Joseph went through that suffering?

The irony is that Saul armed himself to the teeth with a might army to hunt David. But David, facing the second Goliath, comes forward on his own with a persuasive address to Saul. It is very sweet indeed. And the reader senses as to how Saul has been moved and response “Is that you my son?” David calls his enemy “my father” and Saul Calls David “my son David”. I guess critiques reading this this story would see this as a justification or a subtle manner of the legitimation of David to Saul’s throne. Of course Saul had given his daughter to David and Jonathan had also told David that he would be king because of his qualities. Now Saul recognizes David’s qualification and anoints him with his words. God is present in this political game. Jesus is the person who explicitly acknowledges the presence of the Father in his life and ministry all the time. God directs the ministry of Jesus and Jesus acknowledges that he is in the Father and the Father in him.

As we carry on the Mission of Jesus, in our faith, let us acknowledge that God is present, because if we do not acknowledge God’s presence and that he is deeply at work in all our efforts we will be like generation of politicians and parties who have been forever shooting a moving target. God knows the direction and we must be supple in faith and be agents of the Holy Spirit who moves where he wills for he intimately knows the will of God.

HISTORY OF THE DIOCESE

Until 1924 this territory formed part of the Kimberley Vicariate. By a decree dated 26 November 1923, the Sacred Congregation de Propaganda Fide erected the northern half of the Orange Free State into a Prefecture and entrusted its care to the German Province of the Holy Ghost Fathers. On 24 March 1924, the Very Rev Leo Klerlein, CSSp, was appointed rst Prefect Apostolic. On 8 April 1935, Kroonstad was constituted a Vicariate and Mgr Klerlein appointed rst Vicar Apostolic.